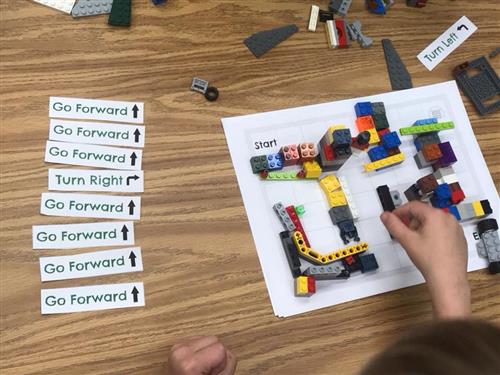 HCA was a part of a nationwide coding movement for 6 days (from December 4-11) called Hour of Code. At HCA, we believe in Computer Science and LOVE IT! Instead of just 1 hour of code, we pledged to do 12 Hours of Code in relation to the holidays. As such, our HCA scholars were immersed in 12 hours during our “Week” of Code, ranging from unplugged coding lessons to Ozobots, to Sphero Battlebots, to code.org tutorials and numerous coding programs in Tynker!

Kindergarten worked hard during their first two days of Hour of Code. During reading, students utilized CodeSpark Academy playing The Foos, BeeBots to code sight words. In math, they used Santatracker to code elves’ dance moves on CodeBoogie, utilized a Gingerbread Coding Map to write code, and they used a code cipher to find and write words! During E3, first graders learned how to connect codes to replicate and write their own Elf Dances on CodeBoogie! 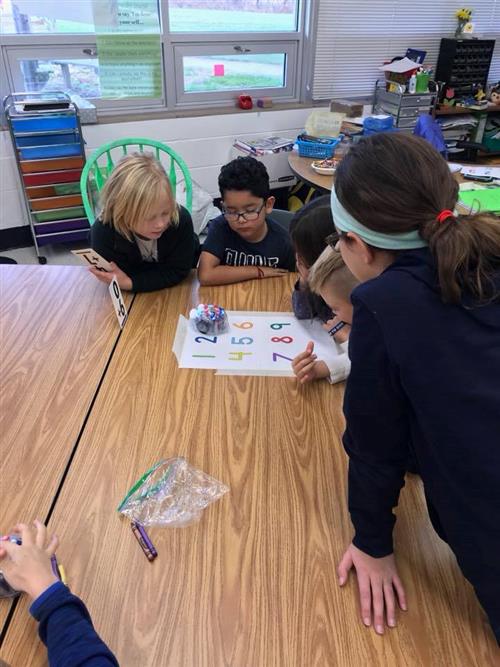 Second grade was busy coding that week! During math they practiced their subtraction and addition facts using BlueBots introduced by Girls in GEAR. They went unplugged during E3 and learned about binary and pixel coding. They even welcomed a new class “pet” Cosmo that they have loved using to practice to code.

When rotating to the fourth grade classroom, scholars used the Scratch Jr app to make the sun set. They are exploring the different ways in which to code this to make it happen, as well as the other facets of the application. Each student put their own unique spin on their product. Growth mindset is evident as they try, fail, and try again all while laughing and enjoying learning how to code. All grade levels rotated over the week to the different classrooms for full immersion of coding techniques during E3 time. 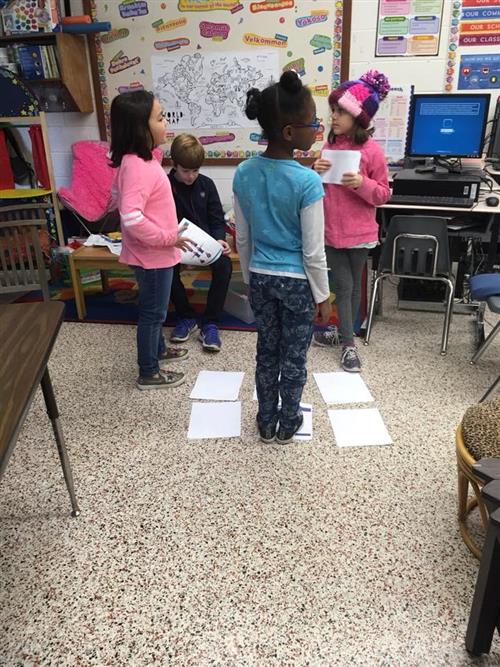 In third grade Ms. Schafer and Mrs. Morgan led unplugged coding of our bodies. Scholars started with warm up games including Add On Machine and Family Portrait using dramatic techniques to practice coding each’s student’s own body as an algorithm that fit with the rest of the peers in a programmed code. Then scholars took turns as game controllers coding each other with a treasure hunt activity to find a smiley face with body movements solely! There was an extension paper sheet to take home for further practice.

In the school-wide rotation to first grade, we set the devices aside and are worked to code Lego mazes! After constructing their Lego maze, students gained experience as a programmer by coding, thinking about all the options to move their Lego mini figure through the maze. While evaluating what they should do and the order in which they should do it, students built skills in critical thinking, persistence, problem-solving, math, processing, creativity, and risk taking. Best of all, we had fun!