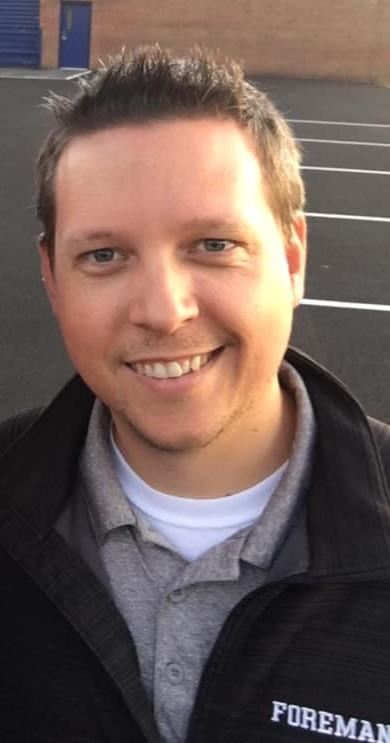 Mr. Foreman is excited to enter his first year as the Director of Bands at John Champe! Mr. Foreman received his Masters in Fine Arts from George Mason University, and his Bachelor of Music from James Madison University. While at James Madison, he studied under Bill Rice for Percussion and Gabriel Dobner for piano.

Previously Mr. Foreman served as the Director of Bands at Thomas Jefferson High School for Science and Technology from 2010-2020. His duties included teaching the two concert bands, two jazz bands, two percussion ensemble, the Marching Colonials, and overseeing the Indoor Drumline and Colorguard. Under his direction the Wind Ensemble was invited to perform at the 2013 and 2017 Music For All National Concert Band Festival and the 2014 and 2019 Virginia Music Educator’s Association Conference. The Marching Colonials have won numerous US Bands Regional and State championships and were a 2012, 2014, 2017, 2018 and 2019 Bands of America Regional Finalist. TJMC was the 2019 VMBC Group IV State Champion.

Mr. Foreman just moved to Aldie where he is really looking forward to being a part of the community. In his free time he enjoys video games, running, and hanging out with his two mini dachshunds Yoshi and Daisy.