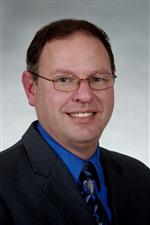 David Keller is a band director at Stone Bridge High School. This is his twenty-sixth year as a music educator and his twenty second year in the Loudoun County Public Schools. Mr. Keller came to Stone Bridge as a member of the inaugural staff in 2000. He serves as an advisor for the SBHS chapter of the Tri-M Music Honor Society as well as teaching the symphonic band, wind symphony, percussion ensemble, and jazz ensemble classes. He also works with several extra-curricular performance groups including the Marching Bulldogs and Jazz Lab Bands. Mr. Keller attended the University of Virginia for his undergraduate degrees in Psychology and Music and received his Master of Music degree and teacher certification courses from James Madison University. In 2011, he was named the Loudoun County Teacher of the Year and received the Washington Post Agnes Myer Award for Loudoun County Public Schools.

"Do not neglect your music. It will be a companion which will sweeten many hours of life to you."     --Thomas Jefferson

“I must study politics and war, that my sons may study mathematics and philosophy…in order to give their children the right to study painting, poetry, music and architecture.”     --John Q. Adams

“Music education opens doors that help children pass from school into the world around them – a world of work, culture, intellectual activity, and human involvement. The future of our nation depends on providing our children with a complete education that includes music.”     --Gerald Ford

“The future belongs to young people with an education and the imagination to create.”     --Barack Obama