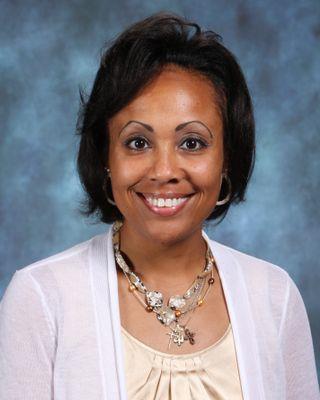 Ms. Rashmi Wright has come to Stone Bridge High School from Prince George's County Public Schools in Maryland where she taught high school Spanish for five and a half years. In that time, she taught Spanish I-VI for native and non-native speakers as well as sponsored the Spanish Club, Hispanic Heritage Assembly, a student trip to Japan and served as Foreign Language Department Chair for her last 2 years. Ms. Wright has taught in LCPS since 2007.

Ms. Wright studied and earned her Bachelor's degree in Spanish and Secondary Education at McDaniel College in Westminster, Maryland. She earned her Master's degree in Spanish and English Translation and Interpretation at La Universidad Autonoma de Guadalajara in Guadalajara, Mexico. She has also done postgraduate work in reading and participated in a visiting professors program in Salamanca, Spain for three weeks. For ten summers, Ms. Wright has taught ELL Reading in Loudoun County's summer school program. At the end of the 2009-10 school year, Ms. Wright was selected and currently serves as a Reader for College Board grading AP Spanish and PRAXIS exams. Ms. Wright has also worked as a tutor for Huntington Learning Center in all subjects. Ms. Wright also went on the Stone Bridge trip to China in April 2011. In 2013-14, Ms. Wright completed and achieved her National Board Certification; she is now an NBCT! Additionally, she has served as a candidate support provider (CSP) for National Board candidates as well as a National Board Assessor.
Ms. Wright is happy to be teaching Spanish III, Spanish DE and AP Spanish VI this year. Ms. Wright also sponsors the National Spanish Honor Society (induction based membership). Please e-mail Ms. Wright with any questions or concerns.