Mr. Brockway has been teaching here at Lovettsville Elementary since 2000.

He attended SUNY Cortland where he received his Master' Degree in Physical Education.  He and his wife have a daughter and son.

One of Mr. Brockway's proudest moments as a teacher was carrying the Olympic Torch.  It was on December 21, 2001, in Leesburg, Virginia.  He was selected out of more than 200,000 applicants.  He was the very first torchbearer in the state of Virginia. He carried the torch for .2 miles on West Market Street, where his flame lit the torch of another torchbearer.  The flame traveled more than 11,000 miles on it's way to the 2002 Salt Lake Winter Olympic games.  What made it even more special was the fact that most of Lovettsville Elementary was able to come and watch and cheer him on. 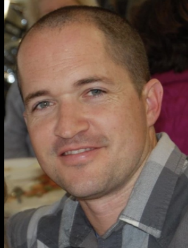 · He loves skiing in CO, biking the blue ridge mountains and teaching his children a love of the outdoors.

· A graduate of LCPS himself, he is excited to join the Lovettsville community.

Mr. Harris will be teaching with Mr. Brockway during the morning PE classes, then he will travel to his other school, Ball's Bluff Elementary school to teach there.