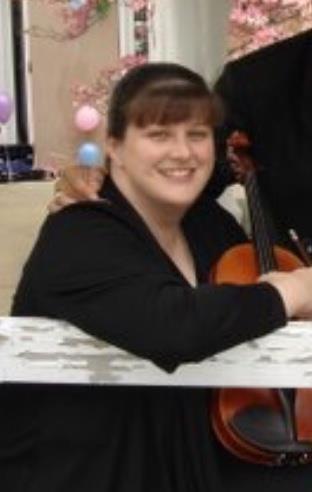 Ms. Gordon is excited to be back at RRHS teaching Orchestra and Guitar for the 2022-2023 school year!  Ms. Gordon is a graduate of the Shenandoah Conservatory with a BM in Violin Performance. She joined the faculty of RRHS in 2018, but was a familiar face in Loudoun County for many years prior.  Ms. Gordon taught in the original LCPS After-School Strings Program from 2002-2009 and was the Concertmaster of the Loudoun Symphony from 2001 to 2019.

As an educator, Ms. Gordon has been afforded great opportunities to travel the world as a leader for the former People to People Student Ambassador Program, taking middle and high school delegations to England, Ireland, Scotland, Wales, Australia, and New Zealand.  In addition to her full-time teaching, Ms. Gordon maintains an active performance career as a freelance violinist and violist throughout the DMV.   She is currently a member of the Maryland Symphony and  Apollo Orchestra, and serves as Principal Viola with the Piedmont Symphony.

Ms. Gordon plays a wide variety of musical styles, from Classical, Pop, & Rock, to Bluegrass & Broadway and has performed at many of our region’s popular venues, such as the Kennedy Center, Strathmore, Wolftrap, Birchmere, and Meyerhoff. She has had the honor and privilege of performing on stage with many internationally acclaimed artists, including Joshua Bell, Sarah Chang, Yuja Wang, Denyce Graves, Liza Minelli, Michael McDonald, and Celtic Woman.

Ms. Gordon is passionate about making music and looking forward to working with the amazing RRHS community again this year!