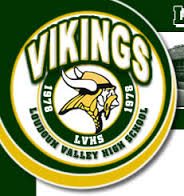 Mrs. Williams is a native New Yorker who attended SUNY Potsdam until May 1985.  At Potsdam she received her BA in history as well as certification in 7-12 Grade Social Studies.  In May 1986, she graduated with an M.Ed. from the University of Virginia.

This year Mrs. Williams is the Department Chair for the Social Science and Global Studies Department along with Activities Coordinator.  Her course load will include AP Government and the Semester Economics Course

Mrs. Williams may be reached at E-mail address.