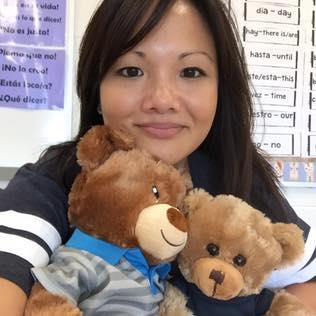 ¡Bienvenidos! Mrs. Robbins is looking forward to her fourth year as a Brambleton Bear! She is originally from suburban Philadelphia, Pennsylvania. She attended the Pennsylvania State University and graduated Phi Beta Kappa with degrees in Spanish and Secondary Education and minors in Psychology and International Studies.  While at Penn State she studied abroad at the University of Salmanca, Spain for six months.

After graduating from Penn State, Mrs. Robbins moved to Northern Virginia and began her career at Broad Run High School. She was there for 18 years before moving to Riverside High School for a year. She has taught all levels of Spanish from I-AP Language and Culture. She is a certified AP Reader and has participated in the reading (scoring) of AP exams. Mrs. Robbins is also a receipient of an LEF grant promoting Free Voluntary Reading in her classes.  She has enjoyed sharing her use of technology  in the classroom at the Inspire Loudoun and the FLAVA (Foreign Language Association of Virgina) conferences in recent years. Additionally, Mrs. Robbins was a member of the LCPS pilot Teacher Leadership program in 2011-2012,  and she has twice been a Teacher Honoree at the LCPS/LEF Evening of Excellence.

Mrs. Robbins holds a Master's Degree in Curriculum and Instruction with a concentration in Spanish from George Mason University.  Her research work at Mason was related to heritage language speakers/learners in the foreign language classroom. She completed additional graduate coursework at the University of Costa Rica.

Mrs. Robbins lives in Ashburn with her husband and her two daughters (ages 6 and 9). In her free time she enjoys music, reading, yoga, gardening, and photography.